A section of the late Kibra MP Ken Okoth’s family has raised objections over his anticipated cremation in Nairobi.

Led by Raymond Mbai, Okoth’s paternal family has also said  they are in the dark over burial plans. They now insist that he should be buried customarily next to his late father in their rural home in Rangwe constituency.

Mbai, speaking on behalf of Okoth’s extended family, requested that the late MP be buried in accordance with the burial provisions of Luo customs and traditions.

Mbai said that Okoth’s father had duly fulfilled all the marriage traditions.  His father Nicholas Obonyo and mother Angeline Ajwang Ongere sepatated in the 1980s, and his father died in 1993.

Ongere also said she is opposed to the idea of her son being cremated.

“I am of the opinion that he be buried at Kabondo Kasipul in Homa Bay County, where I wake up and see his grave every day,” Ongere said.

The family, from Kocha village,  in Rangwe, now indicate that in the absence of a burial will, they hold the incontestable right to bury Ken Okoth.

They further stated that they have applied all mechanisms to reach Ken’s immediate plans over the burial arrangements.

Unconfirmed reports indicate Okoth had left a will that he be cremated.

He left behind his wife Monica, a European. 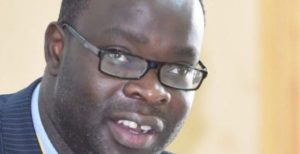 You have successfully subscribed to the newsletter

There was an error while trying to send your request. Please try again.